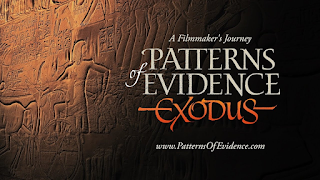 Patterns of Evidence: Exodus is a 2014 documentary film directed by Tim Mahoney.  The film presents the view that the biblical story of the Exodus of the Hebrew slaves from Egypt actually happened during the Middle Kingdom of Egypt. The film describes numerous findings, including possible archaeological findings of evidence of Hebrew habitation in ancient Egypt, and new historical findings as to the timeline of the events of Exodus, as well as contemporary events in ancient Egypt. It also describes existing artifacts and documents from Ancient Egypt which experts have long debated.

Youth Movie:
St. Thomas Room
The Breadwinner / Rated PG-13
(recommended for 11 yr and up due to portrayals of realistic violence and mistreatment of people)

Powerful, intense, animated tale of life under Taliban rule. The Breadwinner follows curious, storytelling 11-year-old Parvana, who helps her father, an amputee former teacher, peddle goods in a market in Kabul, Afghanistan. Her father becomes imprisoned for being "an enemy of Islam." Without a father to care for them, the family -- which includes Parvana; her older sister, Soraya; their baby brother; and their mother -- is left without any means to make money or even purchase goods in the market. So Parvana decides to cut her hair and disguise herself as a boy in order to leave the house and provide for her family. Parvana discovers that a former classmate, Shauzia, is also pretending to be a boy to make a living. Can the two girls successfully avoid Taliban attention?