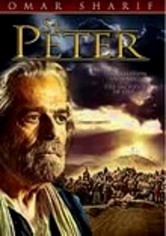 St. Peter 2007  NR   3hr  17m
Join us for the first half of St. Peter as he tells the epic story about the key event in European and world history: the spread of Christianity throughout the Roman Empire, focusing on the leader of that new religion. The film illustrates the strong reaction of Romans and Jews from a political and religious standpoint, and it also deals with the immense obstacles Christianity encountered in the early stages of its development.
Part 2 of St. Peter will be shown at our August Movie Night: 8/11.

No fee.  No signup.  Popcorn is provided.  Everyone is welcome.